Family owned and operated since 1973, Rivermont Golf Club offers a relaxed, family oriented retreat from Atlanta's fast paced environment. This is a MEMBERS ONLY private club, so Chip in for Children is YOUR chance to play there!

Rivermont’s centerpiece is the Championship 18-Hole Golf Course originally designed by Joe Lee ( 2004 Golf Georgia article ) which underwent a complete re-design by golf course designer, Michael Riley in 2006. The improvements transformed what was already an excellent layout and course into one of the most critically acclaimed courses in Georgia today. Over the last forty-six years the course has maintained the integrity and beauty of the natural environment and continues to challenge to the low handicapper as well as the new player. Continued improvements over the years, specifically in 2015-2016, have helped elevate Rivermont’s reputation among golfers both locally and even nationally.

In fact, in 2014, Rivermont Golf Club was honored as the Georgia Private Club of the Year by the Georgia Golf Course Owners Association and in 2015, Rivermont was featured in Tom Doak's, The CONFIDENTIAL Guide to Golf Courses (Volume 2) where he wrote,

"...the quality of the 6th, 10th and 18th, as well as the green sites like the 2nd, 13th and 15th elevate Rivermont above a lot of the better-known courses in the area. The focus on lean and tight playing surfaces make it especially pleasing for golfing purists." 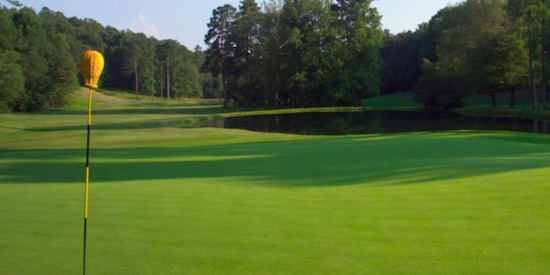 If you cannot attend our event, please consider making a tax-deductible donation to support or programs for children and families.